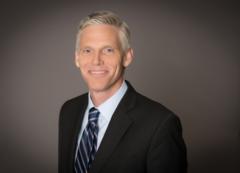 John D. Worth is the Executive Vice President for Research and Investor Outreach at Nareit. In this capacity he leads Nareit’s internal and external research efforts and directs Nareit’s investor outreach and education initiatives. Nareit’s research focuses on the role of REITs and real estate in diversified portfolios and commercial real estate market dynamics. The investor outreach program brings Nareit’s research to the largest U.S. and global institutional investors.

Prior to joining Nareit, John founded the office of the Chief Economist of the National Credit Union Administration (NCUA) from 2010 and 2015.  As Chief Economist he focused on building and leading a team that monitored macro and micro risks and developed advanced models to assist in risk identification and support policy development.  John also served as a member of the investment committee of the $12 billion NCUA share insurance fund and member of the NCUA’s 401(k) investment committee.  John led NCUA’s participation on the Financial Stability Oversight Council, the organization composed of the heads of the federal financial regulators and charged with identifying risks to financial stability.

Prior to joining NCUA, John spent nearly a decade at the U.S. Treasury where he served as the Director of the Office of Microeconomic Analysis and served as Acting Deputy Assistant Secretary for Microeconomic Analysis during 2008. At Treasury, John’s office oversaw policy development and research on entitlements, health care, housing issues, and private pensions – including developing key parts of the Bush Administration proposal that became the Pension Protection Act of 1996. After 2006 John was deeply engaged in financial crisis response, including the development of TARP. At Treasury John was one of the primary architects of the Obama Administration homeowner assistance and mortgage modification programs.

John has also working as a consultant for Welch Consulting and the RAND Corporation.  John is a graduate of the George Washington University and holds a Ph.D. in economics from the University of Southern California.