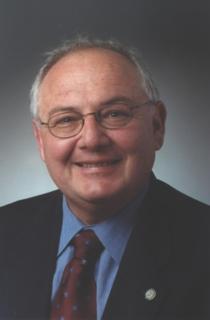 At the national level, David was the 2018 National Association of Realtors® (NAR) Region I Vice President representing the six New England States. He was the 2014 NAR Liaison for Realtor Party Community Engagement and has chaired a number of NAR Committees and Workgroups over the years.  David is among the NAR Realtors® certified to teach the NAR Smart Growth for the 21st Century course.  A member of the NAR Board of Directors from 2000 to 2019, David is also the Federal Political Coordinator for U.S. Senator Elizabeth Warren and served in that role for Congressman Barney Frank until his retirement. In 2014, David received the NAR Federal Political Coordinator Meritorious Service Award.

In addition to testifying before Congress on behalf of NAR, David has also represented NAR at the 2014 World Urban Forum in Medellin, Columbia, the 2016 Habitat III International Forum in Quito, Ecuador and the 2017 Uniapravi South American Financial Institutions Conference in Bogota, Colombia. He has served as NAR’s Director to the International Housing Coalition and was involved in its merger with NAR to become IHC Global.

At the state level, David was the 2006 President of the Massachusetts Association of Realtors® (MAR) and has a long history of chairing and participating on numerous committees, task forces and working groups. David was honored in 2011 with MAR’s Public Policy and Property Rights Advocacy Award. In 2002, he received the Milton H. Shaw Distinguished Service Award for volunteerism and leadership.

On the local level, David served as president of the Greater Boston Real Estate Board’s  (the oldest real estate board in the US) Multiple Listing Service in 1993 and 1994 and of the Board itself in 1999. He was the recipient of GBREB’s Realtor® of the Year Award in 1994.

A planning consultant before embarking on a career in real estate, David has 50+ years of experience in the fields of real estate sales, development, zoning and land use planning. He is a member of the Urban Land Institute, American Planning Association and serves on the Government Affairs Committee of the Neponset Valley Chamber of Commerce, the Greater Boston Real Estate Board and Massachusetts Association of Realtors®.

He is a graduate of Boston University holding an MA in Urban Sociology and in 2016 was honored with the Distinguished Alumni Award for his work on the preservation and restoration of the Jewish cemetery destroyed in the Holocaust in his Father’s home town of Nowy Dwor, Poland.